Siv inherited the farm from her far too early departed father. As recent graduated industrial gardener , Siv, and her boyfriend, Arne-Richard, who was about to start his wildlife management studies, decided to give farming a try in 1992. The first years it was all about large scale production of differnt types of vegetables and strawberries. Although most of the production went to wholesalers in Bergen, Siv had a provissional outlet in  a small part of the old barn. Without any machinery or modern facilities to assist in the heavy work, Siv soon realized that thorough decissions had to be made regarding how the farm should be run in the future.


The 10th of March 2000 Siv and Arne opened the doors to the completely restored old barn. After 18 months with hard work the ground floor in the "new" barn was ready for opening. The unique stone walls and timber constructions were preserved and makes the interiour in the restaurant truly authentic. In the beginning the "new" barn got the role as a local pub with live music and homemade pizza. After a while Siv discovered a hidden talent for coocking. She went back to school and finally started working as a chef in the restaurant that had evolved at Eikhaugen over some years. Together, Siv and Arne, who now had finished his studies, ran the farm more and more as a small tourist enterprise that over the years had grown into a popular destination for tourists. It was an organic developing process that the barn again went through a major reconstruction which lead to the establishment of a complete restaurant with a capacity of 110 guests in 2002.

In 2003 the first of the two luxurious cabins on Eikhaugen was opened. We opened the second one in 2005. Each of theese cabins holds ten beds, a sauna, a whirlpool, amodern kitchen, a fireplace in the living room, and a panoramic view over the fjord landscape. They are indeed a great place to stay for a vacation or a shorter visit.
The constant increase in visitors and their unaminous positive feedback made us decide to build a small shop for visitors and guests to buy some of our home made products that we base our restaurant menues upon. After a year with hard work in the forrest and at the sawmill the unique farm shop was ready for grand opening in 2007. It has been one of the biggest successes in the history of Eikhaugen so far.

In 2015 and 2016 we established the combined park and orchard, "Vetle Hardanger" ("Litle Hardanger"). For groups that wants a guided tour we can arrange a walk with Siv, who is both our chef and gardener. Make sure to book such a tour well before arrival. Most of the guided groups appreciate a small meal prepared and served in the orchard during the tour. Please givee Siv a call for prices and outdoor menues.

We hope you will find time to visit us and would love hearing from you. You are very much welcome! 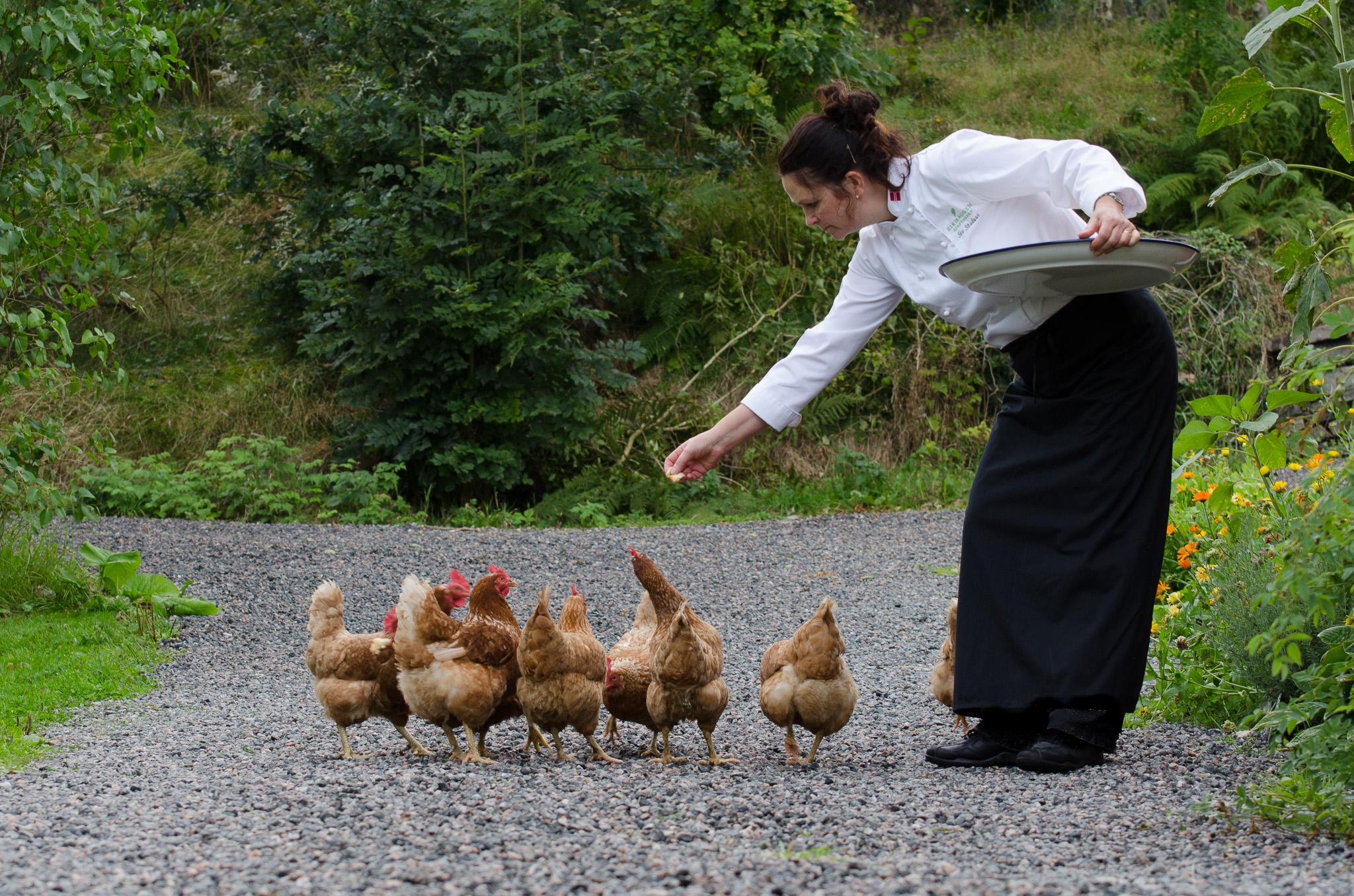 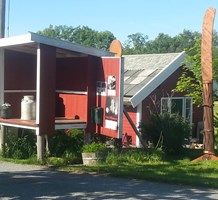 The milk ramp plays both a historical role and holds a deep personal place on Eikhaugen. 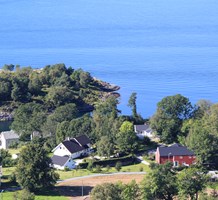 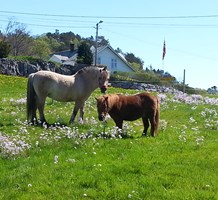 The horse and pony at Eikhaugen, "Vilmi" and "Knøtte", are the best of friends but are both eager to get to know you.
From "Vetle Hardanger". 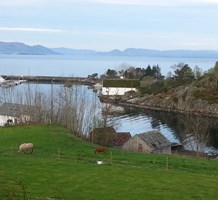 The view towards the bay at Vinnes.